Never. Never. Never. Is it the same phrase you started with. Often times we laugh at the vast difference of the beginning meaning and the end. Next comes the blame game. Who messed up? Who said what wrong? Then you realize that you can’t pinpoint one huge mistake. Because the sentence or phrase was changed so gradually with multiple small errors.

I’m reminded of a curious little girl. I’ll withhold her name so not to embarrass her. We were preparing for the Christmas Play. She was about 5 at the time. She asked, “Why did they make baby Jesus sleep in peas?” Believe me, I was just as confused as you are. But I finally unraveled what she was saying and why. She thought Silent Night’s “sleep in heavenly peace” was “sleep in heavenly peas”. Yep, like the black-eyed or purple hull kind of peas. It took everything in me not to laugh as I gently explained the correct lyrics. In her defense, that particular group of children all sang in a different key. That line did sound like peas.

Okay. Do you get my point? We don’t always hear what’s being said. And we pass that down to the next generation. And the next. Until today, we have a generation that believes the Bible says one thing when it actually says the complete opposite.

The danger is that at the end of this life we will be judged by God’s word. Not by what we believe about His word.

Most religions are passed down through generations as traditions. For example, if you identify with the Baptist denomination most likely your parents and your grandparents were Baptists too.

A Christian heritage is something to be proud of and I firmly believe that we should teach our children and disciple our youth. However, today the church (people in the church) rely heavily on the traditions and the belief system handed down for generations that we don’t read and pray for ourselves.

Now, I’m not insulting your grandparent or her beliefs. But my point is this; there are many people especially in the South that identify with the Baptist denomination, but they have no idea what the Baptist doctrine says. The same with Methodist, and Assemblies of God, Church of God and so on. What denomination is your church? Do you know what their doctrine says? I was raised unchurched for the most part. However, my mother’s family were Baptists and my father’s mother was a Mormon. So I realized at a young age the vast differences between Christian denominations.

Personally, I believe that none of the denominations get it 100% right. I share some Baptists beliefs, some Methodist beliefs, some Church of God, but I’m a member of Assembly of God and I’ve taught their 16 Fundamental Truths. Yet, at the end of this life it doesn’t matter what I believe or what you believe. The ONLY thing that matters is what God said in His Word.

So since that is the case, (You will be judged by God by His word.) don’t you want to know what His word says for yourself?

Preachers help create a hunger for God and His word, but you can’t solely rely on them. They are human and they make mistakes. Often times they pass on their beliefs as God’s truth. The same goes for your parents, or grandparents, or your great Aunt Suzy. Though I’m sure they were the godliest people on earth, they weren’t perfect and you may have misheard what they were trying to say.

When you stand before God, your every action, thought, and spoken word will be judged by God’s law – The Bible.

You need to know what the Bible says. And then you can make decisions based on God’s truth.

This blog, Simplifying God’s Blueprint for Happily Ever After, is designed to teach you how to read and understand the Bible for yourself. You are in control of your own destiny.

Will you be cast out where there is weeping and gnashing of teeth?

Or will you live Happily Ever After in Christ’s kingdom?

Search the scriptures; for in them ye think ye have eternal life: and they are they which testify of me. ~ John 5:39 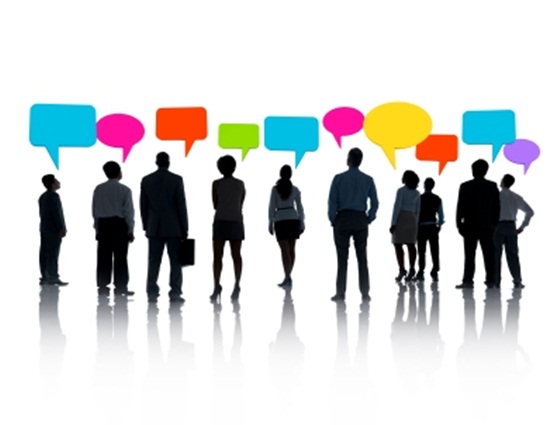 Give ’em Something to Talk About

God Speaks Several years ago during an altar service, the Lord told me to open both doors of the church. The doors leading into the sanctuary, and the doors leading outside. His voice was clear. Read more…